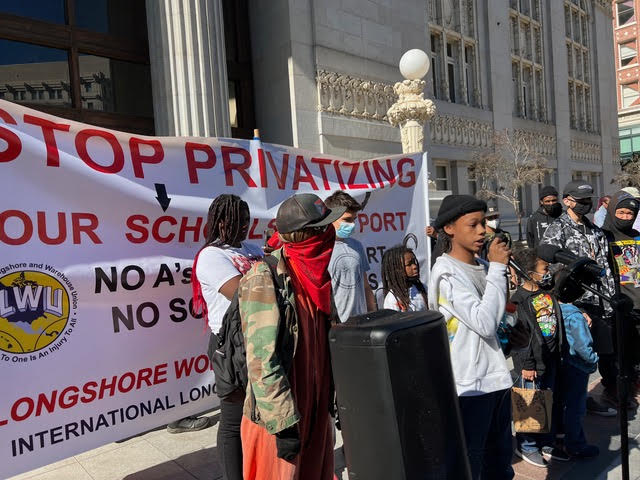 On Monday, April 11 demonstrations were held around the world on the third year anniversary of the incarceration of journalist and publisher Julian Assange in the UK high security Belmarsh Prison. A rally was held at the US Department of Justice in Washington DC and one of the speakers, independent journalist Fiorella Isabel, talked about the political implications for journalists and the public of the possible extradition of  Australian citizen Julian Assange to the US for espionage.

“US officialdom, and both state and corporate media in the US have described the Ethiopian conflict that began in November 2020 as the Ethiopian government’s persecution of the Tigrayan people, particularly in what they call “Western Tigray,” though it was historically populated and cultivated by Amhara people. This land, encompassing Welkait, Tegede, Tselemt, and Humera, was methodically annexed to the Tigray Region by the US’s longtime ally, the Tigrayan People’s Liberation Front,(TPLF), during their three decades in power. On April 7, I attended a press conference at Ethiopia’s University of Gondar where researchers presented their findings about mass graves and underground prisons created to dominate and destroy the identity of Amhara people who had lived their prior to the TPLF occupation Ten days later,I spoke to Sheba Tekeste, who joined photographer Jemal Countess to travel through some of the canyons and cliffs where the mass graves and prisons were uncovered. We spoke in the lobby of the Goha Hotel in Addis Ababa while a thunderstorm was underway outside.”

To listen to Ann’s conversation with Sheba Tekeste, click here.

The recent attack on New York’s MTA fortunately led to no deaths but it showed again the dangerous health and safety conditions for workers and the public.

Pacifica’s Steve Zeltzer spoke with two MTA TWU 100 transit operators Anthony Steiniger and John Ferretti. They are also members of Fight Back, a caucus in their union Local about the social conditions, health and safety and the massive corruption of New York politicians.

In California, the Oakland Education Association Representative Council has voted overwhelmingly to recommend a one-day strike of Oakland public schools against the privatization and closure of public schools on April 29, the same day that longshore workers in ILWU Local 10 will stop work at the Port of Oakland. Members of the two unions are both fighting privatization of public resources and gentrification of working class Black and Brown communities, driven by the closure of public schools and the plan to build a ballpark and 3000 condominiums at the Howard Terminal at the Port of Oakland.

Moses Omolade, a Westlake Middle School administrator and also a  no-closure school  hunger striker and parent, spoke on April 13  to the OUSD school board and teachers and students about the need to have the strike with the work action by the ILWU longshore workers. This would be  the first united front against privatization by two unions that could expand nationally. It was initiated by Schools and Labor Against Privatization.

You can find out more about SLAP at slapbayarea.org

April is National Sexual Assault Awareness month and Child Abuse prevention month. Busi Peters-Maughan is creator of Women Healing & Empowering Women (WHEW). She talks about the Sexual assault of today in connection with the assault of our ancestors and about the  Beah Richards  poem “A Black Woman Speaks of White Womanhood, of White Supremacy, of Peace” in 1950, and the influence and inspiration it had on the organization.

WHEW created the Beah ritual which they will perform off the shores of Galveston Island (the birthplace of Juneteenth), this month. We thank producer Jacquelyn Baptiste of KPFT, Houston.

“Find Your Own Voice”, Jayne Cortez