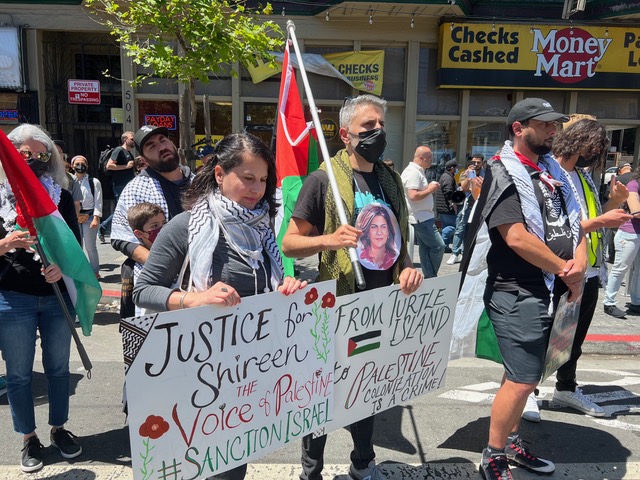 “Nakba.”  It’s the Arabic word for catastrophe.  Nakba Day is May 15th.  It’s recognized annually as the catastrophic day after Israel gained its independence in 1948.  Milena Ansari spoke with COVID, Race, and Democracy producer Ken Yale about the repression of the Palestinian people since that day, and their ongoing struggle for self-determination, land, and human rights.  She is the International Advocacy Officer for Addameer, an organization Israel has banned, and labeled as terrorist, because it advocates for Palestinian political prisoners.  Stay tuned next week for Part 2 of this discussion.

Ethiopia’s ongoing civil war began when the Tigrayan People’s Liberation Front, commonly known as the TPLF, attacked Ethiopia’s Northern Command base in the country’s Tigray Region on November 3, 2020. The TPLF are a longstanding US ally who ruled Ethiopia with an iron first form 1991 until they were overthrown by a popular uprising, which brought Prime Minister Abiy Ahmed to power in 2018.  Pacifica’s Ann Garrison reports from on the ground in Ethiopia’s Afar Region, which the TPLF has invaded and occupied twice since the war began.

As the war in Ukraine enters its third month, and countries like Finland and Sweden discuss joining the North Atlantic Treaty Organization, NATO, the risk of a world war escalates.

Ed Fallon of the Fallon Forum spoke to Jeffrey Weiss, a professor at Des Moines Area Community College and Kathleen McQuillen, the director of Catholic Peace Ministry. Both have been engaged in peace and justice work since the last millennium. We air part of their conversation.

Malcolm X (El Haj Malik El Shabazz), was born Malcolm Little on May 19, 1925 in Omaha, Nebraska. His mother was the National recording secretary for the Garvey Movement which had millions of members in the 1920s and 30s. His father was a Baptist minister and chapter president of The Universal Negro Improvement Association (founded by Marcus Garvey), who appealed to President Hoover that Marcus Garvey was wrongfully arrested. Earl’s civil rights activism prompted death threats from the white supremacist organization Black Legion, forcing the family to relocate twice before Malcolm’s fourth birthday. Malcolm began to study the teachings of NOI leader the Honorable Elijah Muhammad while in prison. As Malcolm X became internationally known as a leader – he too became a threat to the status quo, and was unjustly targeted by J Edgar Hoover and others. Learn more about Malcolm’s life and work. Read the Autobiography of Malcolm X, by Alex Haley, and hundreds of scholarly works available online.

We thank all of Pacifica’s sister stations and affiliates who contribute to the production of this show. Today’s program was produced by the executive producers of CRD, Akua Holt, Polina Vasiliev, and Steve Zeltzer and hosted by Akua Holt.