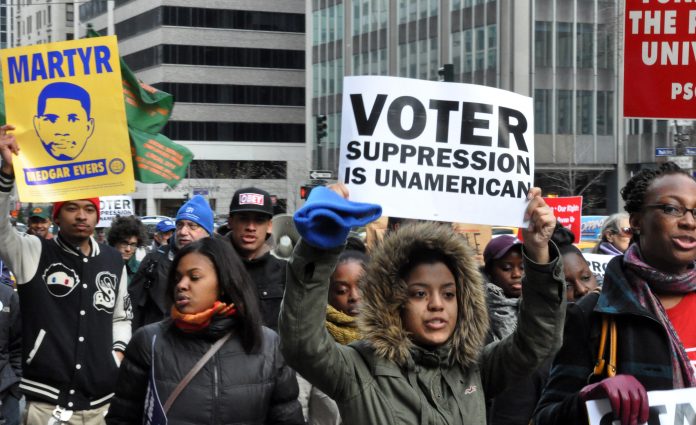 Listen to the full show here:

Voters, poll workers, organizers and political analysts describe their experiences, the recent national push of voter restriction laws, and what they are doing about it.

Also, a look back on the American legacy of voter suppression.

Deputy Director of the Democracy Division of the ACLU Robert Hoffman

Chairman of Political Action at the NAACP Atlanta Ray McClendon

Musical selections included: Spiritual Medley by The Spirituals, and Something Inside so Strong by The Nottingham Clarion Choir

Contributers: Heather Gray of WRFG 89.3 in Atlanta, Georgia, Haryaksha Baba of Radio Phoenix in Phoenix, AZ, and Mark Torres from the Pacifica Archives

About COVID, RACE, AND DEMOCRACY

CRD airs every Monday at 2 PM CST on KPFT 90.1FM in Houston TX, 4 PM EST on WBAI 99.5FM in New York, 6 PM EST on WPFW 89.3FM in Washington DC, as well as on several Pacifica Network affiliated stations across the United States.