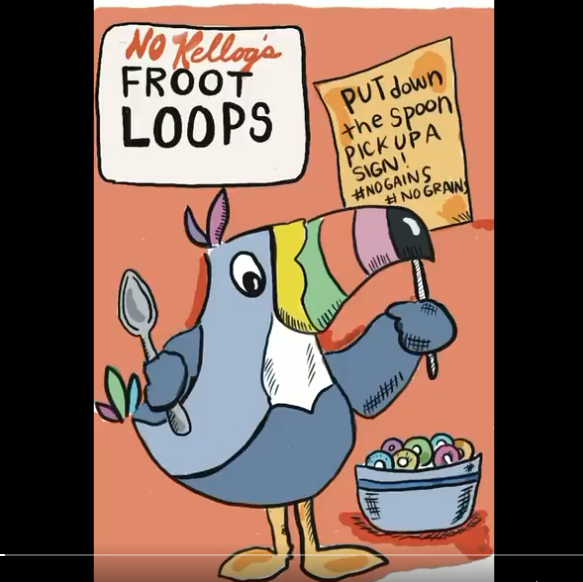 This week’s edition of COVID, Race, & Democracy looks at the growing workers strike wave not only in the US but internationally.

We hear from workers from the US and around the world. We first hear from Trevor Noah about the long hours of work and why working people should have a shorter workweek.

Next we hear from United Mine Workers Union Of America District 20 Vice President Larry Spencer about the 1000-miner strike at Warrior Met Coal.

We then go to Italy to learn about the October 11, 2021 general strike of SI Cobus logistics workers who struck Fed-ex, Amazon, and other companies. Over 1,000 rallied and shut down an Amazon warehouse as part of their action.

In Korea, the 1 million member Korean Confederation of Trade Unions KCTU is planning a general strike on October 20, 2021 for equality and against temporary work. We talk with the International Director Mikyung Ryu.

In Massachusetts we hear a report from WPFW’s Union City Radio about a 7-month strike of nurses at the Tenet Corporation-owned St. Vincent Hospital and how the covid pandemic and management  stretched them to the breaking point.

We also hear from the Kellogg’s Battle Creek Trevor Bidelman, president of Local BCTGM 3-G Union, Bakery, Confectionary, Tobacco Workers and Grain Millers International union. He discusses the real conditions of workers who are on a national strike and this was also on WPFW’s Union City Radio.

“Dogs Of Tijuana” by Tom Morrelo

“5 Million Ways To Kill A CEO” by Boots Riley

Links on issues covered in this broadcast: