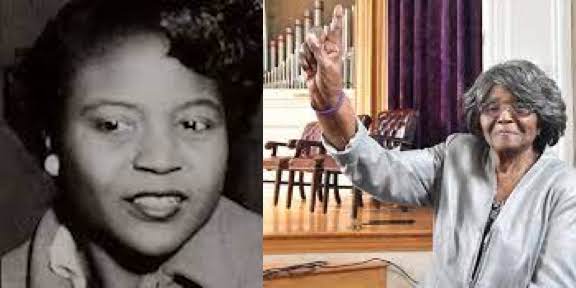 “As long as women are using class or race power to dominate other women, feminist sisterhood cannot be fully realized.”              – Bell Hooks

This week on Covid Race & Democracy, we celebrate Women’s History Month. The National History Women’s Alliance’s theme is,  “Providing Healing, Promoting Hope,” both a tribute to the ceaseless work of caregivers and front line workers during this ongoing pandemic, and also a recognition of the thousands of ways that women of all cultures have provided both healing and hope throughout history.”

CRD executive producer Steve Zelzter spoke to front line women workers in San Francisco, about privatization and Covid. They are leading the fight to protect public services for the working class.

Historian Roxanne Dunbar-Ortiz is a writer, speaker, and professor emerita at California State University East Bay. She is an author of numerous scholarly Indigenous related books and articles, including Roots of Resistance: A History of Land Tenure in New Mexico and The Great Sioux Nation, and  the award-winning book, An Indigenous Peoples’ History of the United States. Her book Loaded: A Disarming History of the Second Amendment was published in 2018, Here she talks about her book  Not “A Nation of Immigrants”: Settler Colonialism, White Supremacy, and a History of Erasure and Exclusion is out now from Beacon Press.  Special thanks to Haymarket Books in Chicago.

Dr. Rabab Abdulhadi says the struggle of Palestinian women is an important part of the global struggle for women. She is a professor at San Francisco State University and is the founder of Arab and Muslim Ethnicity and Diaspora Studies program. The program was attacked by Zionists and the  SFSU administration, including the president Lynn Mahoney.  Dr. Abdulhadi’s online  programs were shut down by Zoom, Facebook and You Tube. Her discussion includes Palestinian women and de-colonial feminism and the intersections of settler colonialism and gender violence.

The Role of Decolonial Feminism in the Fight for Palestine with Dr. Rabab Abdulhadi  https://www.youtube.com/watch?v=wXNKfDapkL4

Civil Rights pioneer Dr. Autherine Lucy Foster was born on October 5, 1929 in Shiloh, Alabama. She was an educator and the first Black student to attend the University of Alabama, in 1956. Although she was faced with death threats and institutional racism as the first Black student to attend the university, she was suspended and eventually expelled from the university. In April 1956,  she married Hugh Foster, a divinity student (and later a minister) whom she had met at Miles College. The University of Alabama overturned Ms. Foster’s expulsion in 1988, and she was invited to return. She received a master’s degree in elementary education in 1992. In 2010 a clock tower was erected in her honor on the campus. She was awarded an honorary doctorate in 2019, and recently attended a dedication for an education building named in her honor on the University of Alabama’s campus, Feb. 25, 2022.  She made her transition a few days later on March 2, 2022. Mrs Foster was  92. The Story of Autherine Lucy Foster is also available on the University of Alabama’s YouTube Channel.

“I was one of her students at Ensley High School. She was my mentor. Such a beautiful, humble woman. I loved her class. She spoke French fluently and would speak to me in history class. After I graduated, she kept up with me in college. It broke my heart to hear she’s passed away, but her legacy will forever be a staple in our hearts. My condolences to her family and I pray for comfort and peace for the days ahead. I love you Mrs. Foster.”

“My older grandson graduated the night she was awarded the honorary doctorate. I was there!!!!! She now has a building named after her!”

“Women Must Be a Priority”, Sweet Honey in the Rock

“I Wanna Be Ready”,  arranged by James Miller