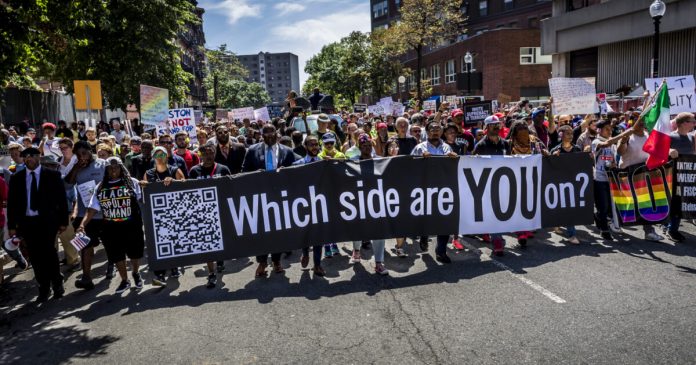 But first we go to Siberia, Russia where we interviewed Boris Kargalitsky, a Moscow professor and social scientist. He is also editor of Robkor or Workers Correspondence on YouTube. Kargalitsky talks about the growing opposition to the war inside Russia, as Communist party representatives in Parliament from Siberia have also spoken out against the invasion.

We look at the actual history of fascism in Italy, Germany and Spain to analyze the positions and prospects of fascism in the US today. Richard D. Wolff is Professor Emeritus of Economics at the University of Massachusetts Amherst, and currently a Visiting Professor in the Graduate Program in International Affairs of the New School in New York.

Raquel Varela is a professor with the Institute of Contemporary History in Lisbon, Portugal. She is an expert on working people in the global economy.

David Van Deusen, the president of the Vermont AFL-CIO talks to Steve Zeltzer about the dangers of fascism and what he labor federation is doing about it.

Author Chris Hedges talks about the current crisis of US capitalism and the rise of fascism.

And an editorial from Jan Spencer of Pacifica affiliate KEPW in Eugene, Oregon about the nature of capitalism.

“Tear The Fascists Down” by Woody Guthrie

“Take The Power Back” by Rage Against The Machine

“All You Fascists” by Billy Bragg and Wilco