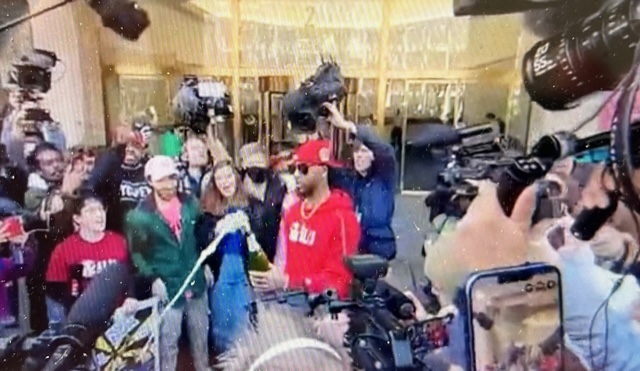 This week on COVID, Race, & Democracy…

First, we cover the historic victory of the Amazon Staten Island workers who voted for representation by the Amazon Labor Union (ALU). Pacifica talked with labor journalist Mike Elk of Paydayreport.com

The issue of Ukraine has yet to become a debate within  labor and  most national unions such as the AFL-CIO are only blaming Russia without mentioning the role of the United States in surrounding Russia by the massive expansion of NATO.   At a recent labor education panel, Liz Medina, the Vermont AFL-CIO executive director, talked about the Ukraine war, the working class and organized labor.

The US Congress has appropriated billions of dollars for the war in Ukraine. At the same time, uninsured Americans will now have to start paying for their COVID treatments.

The growing economic cost of this war was examined by two leading economists, Richard Wolff and Michael Hudson, on Consortium News LIVE with Joe Lauria and Elizabeth Voss.  Professor Richard Wolff  is Emeritus Prof. of Economics at MassAmherst and a visiting Prof. at The NewSchool in New York. Professor Michael Hudson  is Professor of Economics at the University of Missouri–Kansas City and a researcher at the Levy Economics Institute at Bard College.

There are many other wars around the world but they are not getting the same focus as Ukraine. COVID, Race and Democracy producer Ann Garrison is now in Ethiopia and reports on the ground from Internally Displaced Persons camps in the war-torn country.

One of the costs of the war in Ukraine is the closure of the Russian US TV affiliate RT America. Not only was it closed but the programmers entire show collections were removed by Youtube, which is owned by Google. Pacifica’s Steve Zeltzer spoke with writer and critic Chris Hedges about the erasure of all his shows from youtube and the suppression of free speech in the US.

“Wake up Everybody”, Tobe Nwigwe