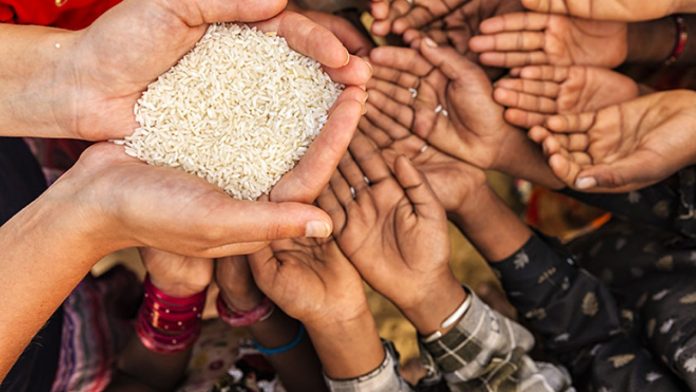 UN World Food Program Chief David Beasley says that the world is facing drastic food shortages for several reasons, including a shortage of fossil fuel based nitrogen fertilizers. Russia is the world’s top exporter of nitrogen fertilizers and one of the top exporters of ammonia, an essential ingredient of nitrogen fertilizers, but the pipeline from its ammonia plant to the Black Sea is shut down because of the Ukraine war.  Pacifica’s Ann Garrison spoke to trade and agriculture expert Timothy A. Wise, senior advisor at the Institute for Agriculture and Trade Policy.

Last week Brazil held a presidential election that has garnered much attention around the world. The two main candidates were Jair Bolsonaro, a retired military officer, and Luis Inacio Lula da Silva, the  leader of  the Workers Party. Lula won the election, but not by a large enough margin to avoid a second round, which will take place on October 30.

Fabio Bosco is a transit worker and member of Conlutas, an independent labor federation. He spoke with Pacifica’s Steve Zeltzer about the danger posed by Bolsonaro and the growth of a fascist movement.

Brazil, Bolsonaro, The Rise of Fascism & The Working Class with Fabio Bosco

Next, an update on the water crisis in Jackson, MS. Jackson’s main water-treatment plant malfunctioned in late August, after torrential rain caused flooding along the Pearl River. The influx altered the quality of the raw water entering the plant from a reservoir. That slowed the treatment process and depleted supplies in water tanks, subsequently causing  a drastic drop in pressure. City leaders have said that some pumps failed prior to the rainfall.

Mississippi Gov. Tate Reeves announced that the state-imposed boil-water notice has been lifted in Mississippi’s capital city after nearly seven weeks, during a Thursday, Sept. 15, 2022, news conference in Jackson, MS. He also said the water is now  safe to drink.

A week after the announcement, Davey D of Hard Knock Radio spoke to Kali Akuno of Cooperation Jackson. We share part of their conversation.

Mayor Chokwe Antar Lumumba spoke to Roland Martin, producer and host of the online news platform “Roland Martin Unfiltered.” He said that the water crisis in Jackson predates Black leadership, and that federal funding allocated to the city as part of the American Rescue Plan is not enough to address the city’s water infrastructure.

Although the AFL-CIO and most unions in the United States are supporting the US proxy war with Russia in Ukraine, opposition is growing within the labor movement. Pacifica spoke with former International Longshore and Warehouse Union international president Brian McWilliams about why working people and organized labor should oppose the war.

This coming weekend rallies are planned in over 60 cities in opposition to the war and the danger that it will go nuclear. For more information see the website of the United National Antiwar Coalition, unacpeace.org.

And that concludes today’s edition of COVID, Race & Democracy. We thank all of Pacifica’s sister stations and affiliates who contribute to the production of this show. CRD’s Executive Producers  Akua Holt, Polina Vasiliev, and Steve Zeltzer produced this show with help from Pacifica’s Ann Garrison. Host: Akua Holt.