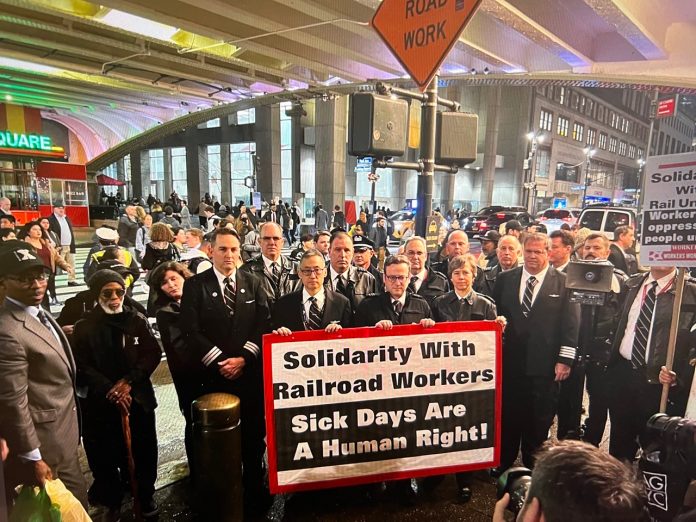 Last year, at an International Tribunal in New York on U.S. Human Rights Abuses Against Black, Brown, and Indigenous Peoples, a panel of nine international legal scholars and human rights advocates found the U.S. guilty of five counts of genocide. A detailed verdict was issued this summer.  WBAI producers Betty Davis and Ralph Poynter spoke with three of the judges as well as organizers of the Tribunal. Pacifica producer Bob Lederer and his co-host Dr. Aisha Muhammad have more.

The European Union has sanctioned five members of different armed groups operating in the eastern Democratic Republic of the Congo, including the spokesman for the M23 militia. It did not however sanction Rwanda, Uganda, or the Rwandan and Ugandan presidents despite decades of UN Group of Exports reports that the militias operating in the eastern DRC are in fact Rwandan and Ugandan, even if they operate under Congolese names. Pacifica’s Ann Garrison has the details.

The US and NATO proxy war on Russia is escalating, with the recent  Ukrainian drone strikes on two nuclear-equipped military bases deep inside Russia. Pacifica’s Polina Vasiliev reports.

The Congressional bill that ordered the 120,000 railroad workers to continue working with no sick pay has brought growing anger in the labor movement. On December 13 the Teamsters and the SMART union called for protests around the country. A labor solidarity rally for the railroad workers was also held in New York on December 7 with 150 trade unions from around the city. Teamsters 808 Secretary Treasurer Chris Silvera talked about their rally and what labor must do to fight back. He spoke with Pacifica’s Steve Zeltzer.

Hollywood is starting to examine the effects of COVID measures such as vaccine mandates on workers in the industry. KPFK’s Ziri Rideaux spoke to Kristin Glover, member of the National Executive board of the Cinematographers Guild.

Congresswoman Elissa Slotkin blasted Republicans in late September  for their “heartless, violent approach to women’s health” during a debate over an abortion measure in a veterans bill. Slotikin reacted viscerally to GOP pushback to the Solid Start Act, which would help veterans transition to civilian life.

Republicans objected to the requirement that the Department of Veterans Affairs provide female veterans with information “tailored to their specific health care” needs, which would adhere to a new VA policy providing abortion access for women vets who are victims of rape, incest or whose life is jeopardized.

And that concludes today’s edition of COVID, Race, & Democracy. We thank all of Pacifica’s sister stations and affiliates who contribute to the production of this show. Today’s program was produced by the executive producers of CRD, Akua Holt, Polina Vasiliev, and Steve Zeltzer and hosted by Akua Holt.