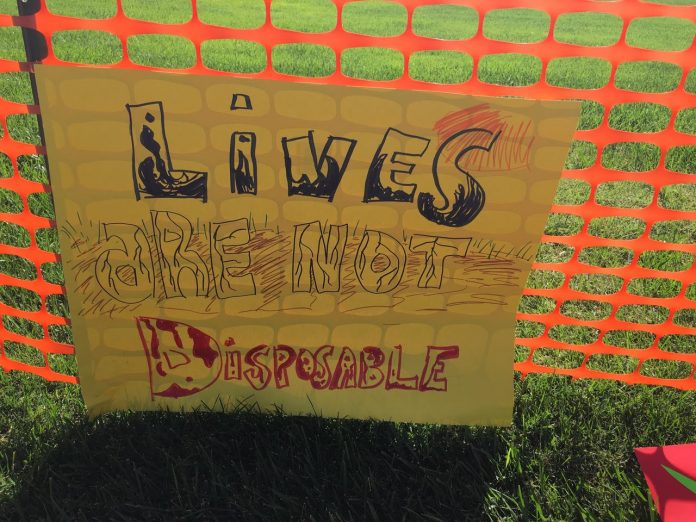 *California Central Valley workers protest the deaths of 9 meat plant workers due to COVID-19. Workers are getting sick, dying and spreading it to their families and community, they say.

*Tozen Tokyo union leader Louis Carlet talks about how teachers and other workers are being affected by the pandemic and the economic decline. Tozen organizes mainly foreign workers in Japan.

*Chicago healthcare workers are facing  increasingly dangerous and deadly conditions for themselves and their patients. Jimmy Dore has a thing or two to say about that.

*And we go to Louisville, Kentucky, where the demand for justice continues after the State Attorney general refused to hold the police responsible for the killing of Breonna Taylor. Special thanks to Brian Manley of WXOX in Louisville KY.

“Covid, Race, and Democracy” is a collective effort of producers from the Pacifica Radio Network and its affiliate stations across the US. This week’s show was hosted by Nana Gyamfi. It was produced by Steve Zeltzer and Polina Vasiliev. The show’s executive producers are Akua Holt, Steve Zeltzer, and Polina Vasiliev. Verna Avery-Brown is our executive consultant. You can find all the previous episodes on this website.