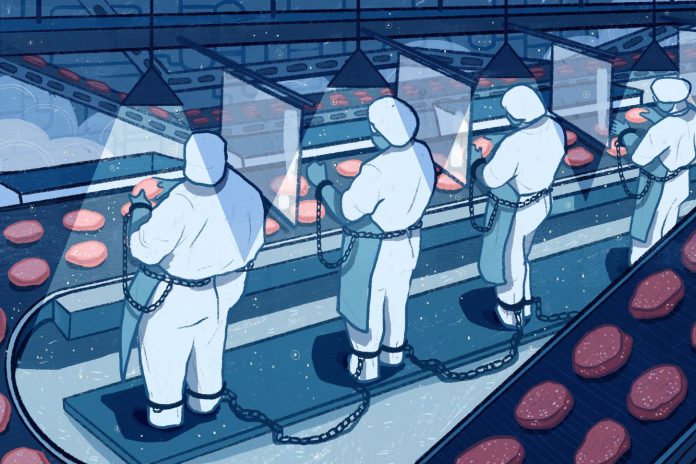 From Pacifica Radio, this is COVID, Race, and Democracy, a collective effort by producers from Pacifica stations and radio affiliates across the U.S. This week’s host is Akua Holt of Pacifica’s KPFT-Houston.

We begin today’s show with a global day of action that took place on January 27 to support 5,000 striking workers at South Africa’s Clover Dairy, the largest dairy company in Africa. The workers are fighting a 20% pay cut, layoffs of over 1000 workers, and asset stripping by an Israeli billionaire family, David & Dorit Wertheim, who bought the company in 2019. Rallies were held at Israeli consulates in Los Angeles, San Francisco, New York, and around the world. In New York, WBAI Building Bridges’ Ken Nash was at the Israeli consulate, where he interviewed Carol Lang, a professor at City University of New York.

In San Francisco, retired longshore worker Jack Heyman, of International Longshoremen Workers Union Local 10, spoke at the rally in solidarity with Clover Dairy workers in front of the Israeli consulate.

At Collin Community College in McKinney, Texas, a professor has been targeted and fired for, in part, mentioning the death of a fellow academic due to COVID on Twitter. Akua Holt interviewed history professor Lora Burnett, and her attorney, Greg Greubel of the free speech nonprofit, the Foundation for Individual Rights in Education (FIRE).

Collin College is facing additional lawsuits, including one filed by a former professor who alleged multiple protected-speech violations. Yet another former employee sued the school in November, alleging retaliation and race- and disability-based discrimination.

Last October became known as Striketober as workers walked out throughout the country.  The treatment of workers during the COVID pandemic was one motivation for the walkouts. Ed Fallon of Pacifica affiliate KOHI 89.1 FM in Ames, Iowa interviewed Joe Henry about the UAW John Deere strike, why it happened, and the cost of the pandemic for working people. Henry is the state political director for the League of United Latin American Citizens-Iowa and national Vice President of Forward Latino.

We also hear from  UAW representative J.D. Neal in Des Moines, Iowa, at the onset of the John Deere strike in October 2021. The interview was by Laura Belin, author of the blog Bleeding Heartland, and  journalist George Clark.

As the Covid pandemic continues to upend the lives of first responders throughout the country, union leaders representing sanitation workers have concerns about the dangers and risks they face each day without proper protective gear to clean homeless encampments and unanswered requests for hazard pay.  Pacifica’s veteran host of “To Heal D.C.” Joni Eisenberg talks to Robert Hollingsworth, Executive Director of American Federation of State County and Municipal Employees Union (AFSCME) District Council 20, the largest public sector union in the District of Columbia and Kevin Poge (PO), President of Local 2091, AFSCME.

On February 4,  ballots will be going out for the second vote for the Amazon Bessemmer workers in Alabama. The NLRB ruled that owner Jeff Bezos had flagrantly violated union labor rights. Workers now face death on the job and are hoping to see changes with the new vote.

Produced by Steve Zeltzer and Akua Holt, with production assistance from Ann Garrison and Polina Vasiliev

Striking workers fear that corporate changes at the dairy giant will lead to reduced local production and increased imports of Israeli products.

Hundreds of Clover workers picket outside Department of Trade

Workers have been on strike since November 2021

Clover & The Class War In South Africa With GIWUSA