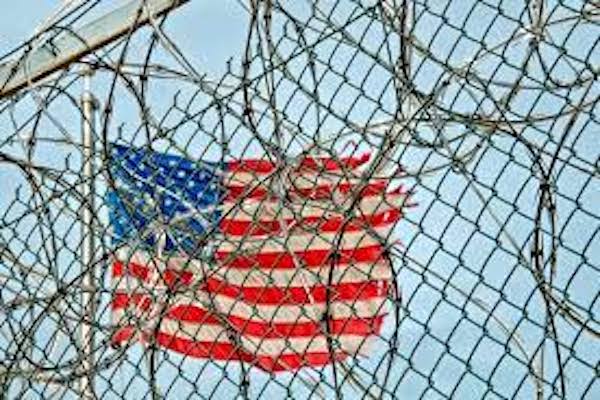 “Americans like to think of themselves as an exceptional people bound together by noble ideals. This belief is challenged, however, when history is taught more honestly and fully, without omitting facts or telling outright lies. Presidents are outsized characters in America’s narrative about itself. Children attend schools named after them; there are monuments dedicated to them in every state. They have their own national holiday, Presidents’ Day, which presents an opportunity for the country’s virtues to be celebrated. We are conditioned to feel a deep connection to these men hundreds of years after some of them have died.”

That’s a paragraph from “Prejudential,” Black Agenda Report Editor Margaret Kimberley’s book about the racial prejudice manifested by every single US president in history.

Ann Garrison spoke to Margaret Kimberley about George Washington and Thomas Jefferson, 246 years after they signed the Declaration of Independence on July 4, 1776.

Frederick Douglass delivered a speech on July 5, 1852 to a group of abolitionists, reminding them that for Africans that were captured and former Africans that were enslaved, the Declaration of Independence represented the unfulfilled promise of liberty for all. Here’s Phil Darius Wallace, reading excerpts from the speech at a program organized by the  U. S. National Archives and Records.

Douglass used the occasion not to celebrate the nation’s triumphs but to remind all of its continuing enslavement of millions of African people:

“What, to the American slave, is your 4th of July? I answer: a day that reveals to him, more than all other days in the year, the gross injustice and cruelty to which he is the constant victim. To him, your celebration is a sham; your boasted liberty, an unholy license; your national greatness, swelling vanity; your sounds of rejoicing are empty and heartless; your denunciations of tyrants, brass fronted impudence; your shouts of liberty and equality, hollow mockery; your prayers and hymns, your sermons and thanksgivings, with all your religious parade, and solemnity, are, to him, mere bombast, fraud, deception, impiety, and hypocrisy — a thin veil to cover up crimes which would disgrace a nation of savages. There is not a nation on the earth guilty of practices, more shocking and bloody, than are the people of these United States, at this very hour.”

Prison labor is a growing profitable  industry in the US and while slavery has supposedly been outlawed,  detainees at the Geo Group facilities in California are being paid only $1 dollar a day. Detainees who have to pay $4 dollars an hour  to make a phone call also face serious health and safety conditions along with COVID outbreaks.

Pacifica’s Steve Zeltzer spoke with strike leaders Garcia and Sarafin who are being paid $1 a day for their labor at Geo Group detainment facilities Golden State Annex and Mesa Verde facilities  for company profits. He also spoke with Esperanza Cuautle Velazquez with Pangea legal services and Edwin Carman Cruz with the Collaborative For Justice For Immigrant Justice.

The labor strike continues on the week of July 4th. To support them you can find out more at http://www.kwesi.org/donate.html

In an update on the case of Wikileaks publisher Julian Assange, the British government predictably announced that it will follow through on the threat to extradite Assange to the US to face charges under the US’s draconian Espionage Act of 1917.  This is an unprecedented use of this law to suppress truth-telling media for exposing many of the crimes against humanity committed by agents of the US government in countries around the globe including Iraq, Afghanistan, and here in the belly of US imperialism.  Thomas O’Rourke reports.

We also air words from the late great Toni Morrison _ Democracy and poetry by Amiri Baraka Def Poetry – Amiri Baraka – Why is We Americans.

Doobie Brothers, A Classic from 1976, Taking it to the Streets