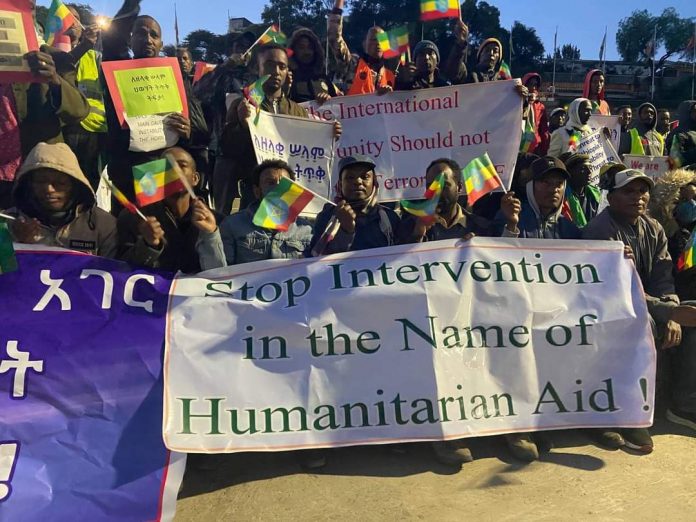 This week on COVID, Race, & Democracy from Pacifica Radio: Part III of our Sanctions Kill series.

“Modern-day economic sanctions and blockades are comparable with medieval sieges of towns with the intention of forcing them to surrender. Twenty-first century sanctions attempt to bring not just a town, but sovereign countries to their knees. A difference, perhaps, is that twenty-first century sanctions are accompanied by the manipulation of public opinion through ‘fake news’, aggressive public relations, and a pseudo-human rights rhetoric, so as to give the impression that a human rights ‘end’ justifies the criminal means.”

Those are the words of Alfred de Zayas, UN Human Rights Council Independent Expert on the promotion of a democratic and equitable international order. .

In recent decades, the US foreign policy establishment has increasingly used sanctions to impose their will on other nations. Pacifica’s Ann Garrison spoke to Rick Sterling of the Sanctions Kill Coalition about the coalition’s newly updated report, “How US Sanctions are Deadly, Destructive and Internationally Condemned.”

In Haiti, there is a popular insurrection unfolding in the streets, amidst a critical shortage of fuel, food, and water for millions of people and a new outbreak of cholera. According to Haitian authorities, a coalition of gangs has prevented the distribution of diesel and petrol for more than a month to protest a plan to cut fuel subsidies.

Ever since Haiti won its independence from France in 1804, the country has faced waves of invasions. In reference to the current popular insurrection in Haiti, Vijay Prashad of the Tricontinental Institute for Social Research writes:

“These protests are the continuation of a cycle of resistance that began in 2016 in response to a social crisis developed by the coups in 1991 and 2004, the earthquake in 2010, and Hurricane Matthew in 2016. For more than a century, any attempt by the Haitian people to exit the neocolonial system imposed by the US military occupation between 1915 and 1934 has been met with military and economic interventions to preserve it. The structures of domination and exploitation established by that system have impoverished the Haitian people, with most of the population having no access to drinking water, health care, education, or decent housing. Of Haiti’s 11.4 million people, 4.6 million are food insecure and 70% are unemployed.”

The UN Security Council on Friday unanimously approved a sanctions regime for Haiti, targeting alleged gang leaders and those who finance them. After the vote, the US ambassador to the UN Linda Thomas-Greenfield stated that the sanctions resolution was only the first step and that more intervention is in the works.

Sweeping US and EU sanctions on Russia are causing inflation and shortages in the West, especially in Europe. Economist Michael Hudson warned back in April about the blowback. Here is part of his conversation with Ross Ashcroft, host of Renegade Inc.

Alexander Mercouris, Editor-in-Chief of the Duran spoke with The Left Lens host Danny Haiphong about the economic and political crises in Europe and the blowback from the economic sanctions on Russia.

The Ethiopian and Eritrean armies now seem close to winning a two-year war with the Tigray People’s Liberation Front, commonly known as the TPLF, a clique that ruled Ethiopia brutally for 27 years, from 1991 to 2018 with US support. The West, most of all the US, has given political, diplomatic, and narrative support to the TPLF throughout the war, and imposed sanctions on Ethiopia and Eritrea to try to control its outcome.

Now, as Ethiopian and Eritrean forces near victory, the propagandistic attacks on both become more shrill and extreme every day. On October 15th, Senator Robert Menendez, Chair of the Senate Foreign Relations Committee, vowed to more aggressively pursue passage of his sanctions bill, the Ethiopia Peace and Stabilization Act of 2021, which is in fact a punishment and destabilization act. At a Saturday rally in the nation’s capital, Addis Ababa, Ethiopians held up signs that said, “No More to a Proxy War,” “USA Respect Ethiopian Sovereignty,” and “We Oppose HR 6600 and S 3199 Bills.” H.R. 6600 is the bill in the House; S. 3199 is the Menendez bill in the Senate. Pacifica’s Ann Garrison spoke to John Philpot, international criminal defense attorney and Sanctions Kill Coalition researcher and activist, about the Menendez bill.

We thank all of Pacifica’s sister stations and affiliates who contribute to the production of this show. This week’s show was hosted by Ann Garrison and produced by Polina Vasiliev and Ann Garrison.

#NoMore – A tribute to a Movement – Layne Tadesse