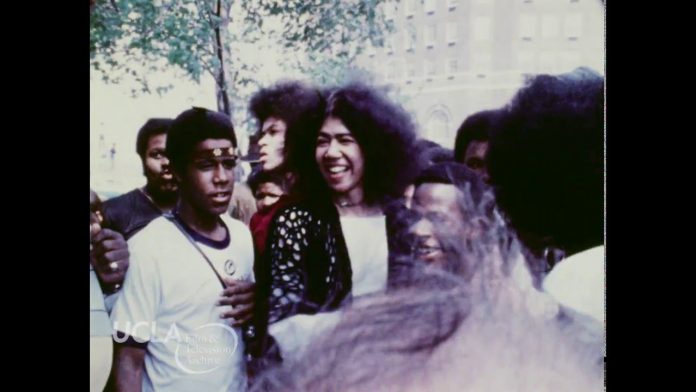 On this week’s “Covid, Race, and Democracy”:

The 57th anniversary of the March on Washington was celebrated with a new march for the same goals, jobs and justice.

From Out-FM in New York, we have an interview with longtime Black Panther Ericka Huggins. She discusses her experiences as a Panther, including many months as a political prisoner, and the Panthers’ public support for the then-new Lesbian and Gay Liberation movement, and then reflects on the current-day movement against racist police murders.

The 50th anniversary of the Chicano Moratorium was celebrated in Los Angeles. Frank Contreras remembers journalist and Chicano Movement icon Ruben Salazar. Our thanks to KPFK’s Pocho Hour of Power.

Postal workers in San Francisco protest to defend the US Post Office and the upcoming election. Steve Zeltzer reports.

Covid, Race and Democracy is a collective effort by producers from the Pacifica Radio Network and its affiliate stations across the US. We thank all of Pacifica’s sister stations and its radio affiliates who contribute to the production of this show.