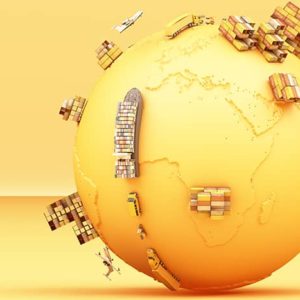 COVID-19 has accentuated as never before the interlinked ecological, epidemiological, and economic vulnerabilities imposed by capitalism. As the world enters the third decade of the twenty-first century, we are seeing the emergence of catastrophe capitalism as the structural crisis of the system takes on planetary dimensions.

Since the late twentieth century, capitalist globalization has increasingly adopted the form of interlinked commodity chains controlled by multinational corporations, connecting various production zones, primarily in the Global South, with the apex of world consumption, finance, and accumulation primarily in the Global North. These commodity chains make up the main material circuits of capital globally that constitute the phenomenon of late imperialism identified with the rise of generalized monopoly-finance capital.1 In this system, exorbitant imperial rents from the control of global production are obtained not only from the global labor arbitrage, through which multinational corporations with their headquarters in the center of the system overexploit industrial labor in the periphery, but also increasingly through the global land arbitrage, in which agribusiness multinationals expropriate cheap land (and labor) in the Global South so as to produce export crops mainly for sale in the Global North.2

In addressing these complex circuits of capital in today’s global economy, corporate managers refer both to supply chains and value chains, with supply chains representing the movement of the physical product, and value chains directed at the “value added” at each node of production, from raw materials to the final product.3 This dual emphasis on supply chains and value chains resembles in some ways the more dialectical approach developed in Karl Marx’s analysis of the commodity chains in production and exchange, encompassing both use values and exchange values. In the first volume of Capital, Marx highlighted the dual reality of natural-material use values (the “natural form”) and exchange values (the “value form”) present in each link of “the general chain of metamorphoses taking place in the world of commodities.”4 Marx’s approach was carried forward by Rudolf Hilferding in his Finance Capital, where he wrote of the “links in the chain of commodity exchanges.”5

In the 1980s, world-system theorists Terence Hopkins and Immanuel Wallerstein reintroduced the commodity-chain concept based on these roots within Marxian theory.6 Nevertheless, what was generally lost in later Marxian (and world-system) analyses of commodity chains, which treated these as exclusively economic/value phenomena, was the material-ecological aspect of use values. Marx, who never lost sight of the natural-material limits in which the circuit of capital took place, had stressed “the negative, i.e. destructive side” of capitalist valorization with respect to the natural conditions of production and the metabolism of human beings and nature as a whole.7 The “irreparable rift in the interdependent process of social metabolism” (the metabolic rift) that constituted capitalism’s destructive relation to the earth, whereby it “exhausted the soil” and “forced the manuring of English fields with guano,” was equally evident in “periodical epidemics,” resulting from the same organic contradictions of the system.8

John Bellamy Foster is editor of Monthly Review and a professor of sociology at the University of Oregon. He is the author, most recently, of The Robbery of Nature: Capitalism and the Ecological Rift (with Brett Clark) and The Return of Nature: Socialism and Ecology—both published by Monthly Review Press in 2020. Intan Suwandi is an assistant professor of sociology at Illinois State University and author of Value Chains: The New Economic Imperialism (Monthly Review Press, 2019). They thank Fred Magdoff for his invaluable comments.

52 Annual National Day of Mourning: “We are Not Drowning, We are Fighting!”