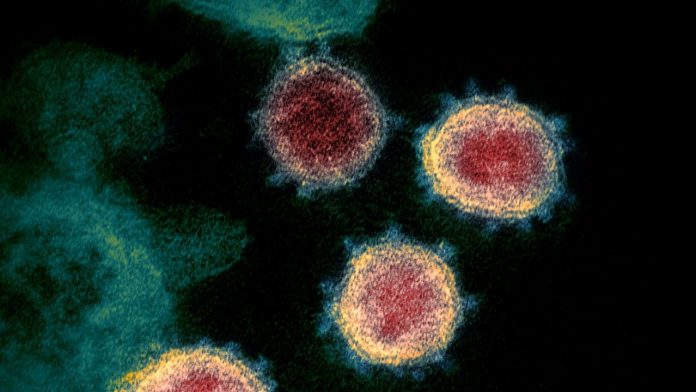 On 8 December, during a regular Tuesday meeting about the spread of the pandemic coronavirus in the United Kingdom, scientists and public health experts saw a diagram that made them sit up straight. Kent, in southeastern England, was experiencing a surge in cases. A “phylogenetic” tree showing viral sequences from the county looked very strange, says Nick Loman, a microbial genomicist at the University of Birmingham. Half the cases were caused by one specific variant of SARS-CoV-2. And that variant was sitting on a branch of the tree that literally stuck out from the rest of the data. “I’ve not seen a part of the tree that looks like this before,” Loman says.

Less than 2 weeks later, that variant is causing mayhem in the United Kingdom and elsewhere in Europe. Yesterday, Prime Minister Boris Johnson announced stricter lockdown measures. He said the strain, which goes by the name B.1.1.7, appears to be better at spreading between people. The news led many Londoners to leave the city today, before the new rules take effect. This caused overcrowded railway stations. The Netherlands, Belgium, and Italy announced they were temporarily halting passenger flights from the United Kingdom. The Eurostar train between Brussels and London will stop running tonight at midnight, for at least 24 hours.

If you become infected with the coronavirus SARS-CoV-2, you might wish there was a fast way to check your Neanderthal ancestry. A small but significant number of people have an ancient gene variant from the extinct hominid. It may double, or even quadruple, their risk of serious complications from COVID-19.

The finding, posted last week as a preprint on bioRxiv, shines a light on an enzyme called dipeptidyl peptidase-4 (DPP4). Scientists already know the protein allows another coronavirus, which causes Middle Eastern respiratory syndrome (MERS), to bind to and enter human cells. The new analysis, of DPP4 gene variants among COVID-19 patients, suggests the enzyme also provides SARS-CoV-2 with a second door into our cells. This is in addition to its usual infection route via the ACE2 receptor on cell surfaces.

People who recover from COVID-19 sometimes later test positive for SARS-CoV-2. This suggests their immune systems could not ward off a second attack by the coronavirus or that they have a lingering infection. But a study now hints at a different explanation. The virus may hide in an unexpected place. The work, only reported in a preprint, suggests the pandemic pathogen takes a page from HIV and other retroviruses. It integrates its genetic code—but, importantly, just parts of it—into people’s chromosomes. If true and frequent, the phenomenon could have profound implications. These range from false signals of active infection to misleading results from COVID-19 treatment studies.

The current study only showed this integration in a lab dish. But it also cites published sequence data from humans infected with SARS-CoV-2 that suggest it has happened. The authors emphasize that their results don’t imply that SARS-CoV-2 establishes permanent genetic residence in human cells to keep pumping out new copies, as HIV does.

Ukraine, Russia, and the Threat of World War